On July 3, approximately 30 excited family and friends, including many BCA members, gathered at Ogden Point with air horns, whistles and other noisemakers to celebrate the conclusion of Jordan and Judy Mills’ circumnavigation aboard Sea Turtle IV. This welcome was followed by a party on the Wharf Street docks after immigration check-in.

Jordan and Judy Mills departed Victoria in September 2009 in Sea Turtle, an Endurance 35. Since then, they traveled 50,400 miles, returning home on July 3 this year. Their circumnavigation spanned 9 years, 9 months and 9 days. During that time, their track took them to seldom visited destinations, including Easter Island among others. Their favourite cruising ground was the South Pacific. Their only crew during their travels was Chantey, a cat who joined them in Malaysia in 2016 and is still with them. Land based travels included South America, the Himalayas, and 4 months on a motorcycle in SE Asia. 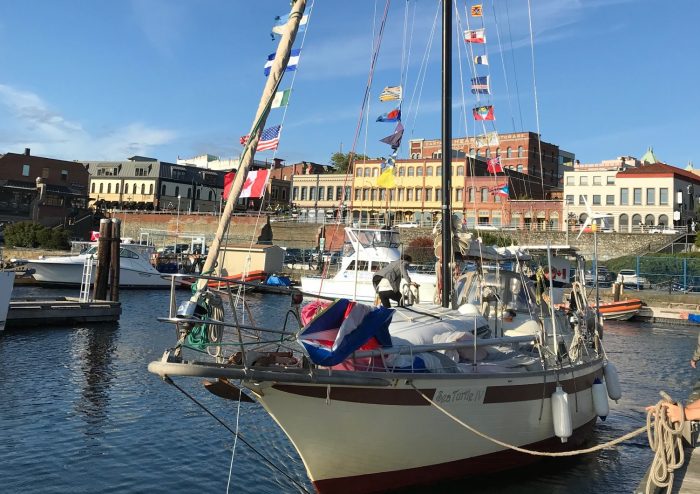 They will be attending the rendezvous on the August long weekend, so be there to congratulate them in person!